Thoughts on the Whole30 Food Plan

Posted on January 31, 2020 by goatsandgreens

While all recipes I poste this past month filled the Whole30 bill, to be honest, I did not  personally (for logistical reasons) not doing this myself this month.  Although nearly all home-cooked foods this month WILL, and usually DID,  fall into that category, that decision neither fills a 30 day reset plan, nor is within the spirit of that plan.

NOTE NOW:  I am neither a dietician nor a nutritionist, nor anyone with dietary scientific training – although I am a professional scientist (retired) – just in a different field of endeavor.  This means talk to a professional dietician.  Not even just your doctor – although sometimes they have a tab on things.  Like mine, diet is not part of most doctors’ career paths.  But they and I can read peer-reviewed papers, and popular articles, and come to a few hypotheses along the way.  Plus, every one should take a gander at listening to their own body.

SO NOTE WELL – WHOLE30 is a MONTH LONG PLAN – with some food-reintroduction time.  It is not a permanent dietary plan. 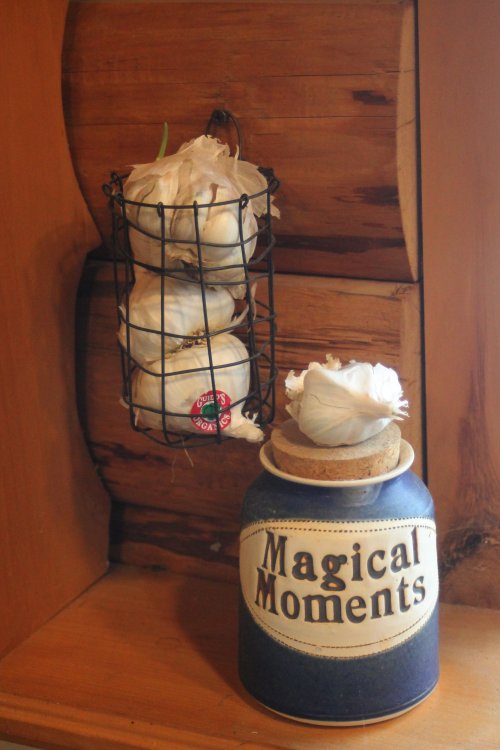 Garlic time?? As you wish.

I’ve done it twice in the past… 2014 in the spring (early-mid February to early-mid March), and 2016 autumn – the latter being even more stringent as I also cut out nightshades, seafood and sniff! eggs.   I was attempting (since the doctors couldn’t yet help me) figure out if a dietary / potential allergy thing could resolve my increasingly swollen knee.  See below.

(I’d already cut out tree nuts prior to the last restriction event, which is a separate story due to a definite physical reaction to them – after I ripped up my tolerance upon eating an entire bag of Trader Joe’s roasted pistachios in three days.  Shame that it this was the only nut I truly enjoyed, too… Said intolerance had an effect not on knee swelling but on the lower GI tract.  So far, I am still intolerant to most tree nuts that I’ve tested.

I can eat coconut and almond.  Some others remain in the no-fly-zone.).

This is the Whole30 web page.  The page, I fear,  has been overhauled to the worse since I connected there back in my day.   However you will find the rules here -note, it is only 30 days, and those haven’t changed.  Read the entire page through.  Find 30 days to commit to – assuming you want to try this.  It is a good way to reset one from added sugars, for sure, and I found it easy to do (IF I didn’t have to dine out anywhere).  I’m a low carbish–real foods sort of person to begin with.

The Whole30 is not meant to be a diet or a true forever food plan.  It is not even meant to be a “cleanse”, a term which really has no dietary meaing – simply what Melissa and Doug Hartwig at Whole30 call a “reset”.  In some ways, it is a more severe adaptation of the Paleo diet.  In Whole30, you aren’t allowed most dessert cheats… whereas there are a bundle of Paleo cookbooks making dessert work-arounds (frankly, most of which don’t intrigue me, but are very handy for Celiacs and the gluten-intolerant).

The first time around, I was simply experimenting, and I did like the results (although it makes it difficult to eat with others not on a similar plan).  I was working then, and I was bringing my own food to lunch at that point, and there were no/few social events during that time frame to have to work around.  Because of that, I found it extremely easy to stick to the plan – after all, I’m not a sweet tooth, and I find grains, while sometimes great to eat, not something I really need to eat.   The only thing I missed was milk in my coffee.  (Something I later tore myself from, anyway.  Mostly because with that oncoming retirement, I was not going to be able to keep milk in my house long enough before it went bad, since that’s one of the very few uses I had for it.  Decided to quit cold turkey – it now only gets plunked into BAD coffee I might get out.) 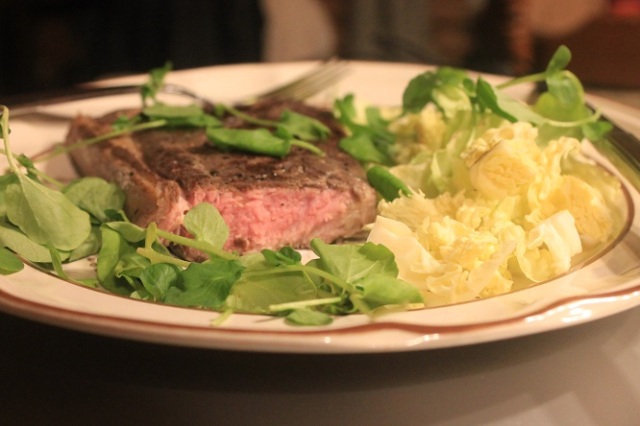 The second time, I was at wit’s end trying to figure out what the expletive was wrong with my knee, a knee that had swollen up and had befuddled my Danbury CT area doctors (and myself) to no end.  I figured, well, since the medical world was at that point drawing blanks, I’d go try another dietary restriction plan – I mean, nothing to lose, right?  I combined it with the Autoimmune Protocol – AIP plan (which also eliminates eggs, and nightshades – such as tomatoes, potatoes, okra, eggplant, peppers, tomatillos…).   Then you bring foods back in gradually, to see how foods react with your body and health.  Nothing showed up with regard to my knee health, but I did discover an overabundance of peppers (bell or otherwise) did make my ankle swell/hurt more than this should.  [Just to note – I’d broken that ankle a year prior, and surgery was needed to implant a plate and several pins.]  Other nightshades didn’t seem to have that effect when I reintroduced those.  It had to be more than a sprinkling of peppers, too.  A roasted pepper-based soup certainly had an effect, among other dishes.

You’ll notice I still cook with peppers.   I just plan not to take long hikes after I consume a lot of them.  And, I generally space consumption out over time. 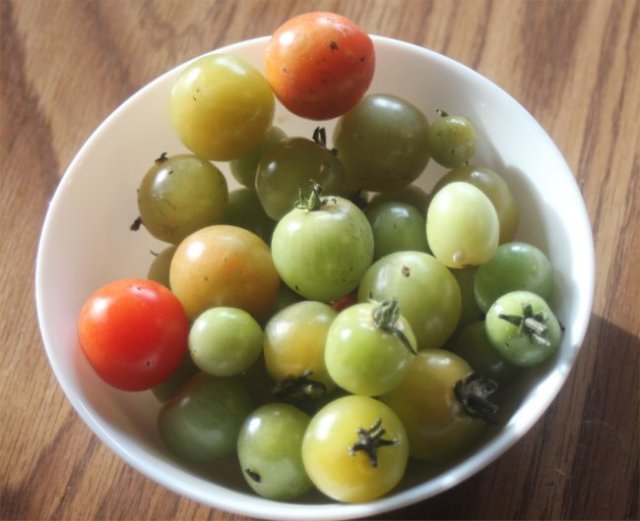 PS, do still cook with high fiber foods, even starchy ones.  Many root vegetables fall into that category, including potatoes (unless you are adding in a no-nightshade protocol), sweet potatoes, turnips and beets.  Avocadoes are a good source of soluble fiber.

[The knee problem was finally diagnosed by real professionals in autumn 2017 as a benign tumor, surgically (mostly) removed December 14, 2017.  Not remotely modulated by diet as far as I can fathom.]

As noted, I didn’t do the actual Whole30 this past month.  It wasn’t a good month for it, but I do think it an interesting short term exercise for those planning a lower carb eating regimen, or who want to figure out how sugars and grains affect their metabolism. 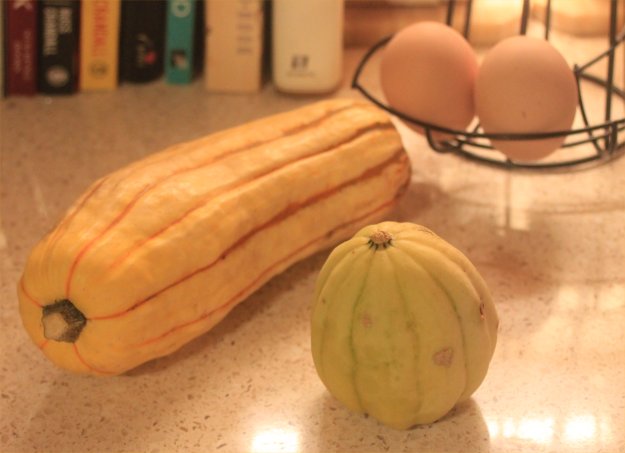 For soil health, and by extension, plant and my own health, my veggies will follow best organic growing practices. Even if I can’t call them Organic, as I plan to be paperwork-minimal.

Things that are quite good as general principles:  Eating more whole foods rather than pre-packaged stuff and sugars is definitely a benefit.  Some people will have a couple weeks of adjustment as they do this – but since I’d already cut most of those out, I didn’t feel that.  Every one differs.  (Some people DO work better on low fat diets… since I’m not a fan of sugars to begin with, that’s not me.)

The emphasis on fresh veggies (even frozen ones) is very helpful.  Even if both my “sessions” were done in off-season for the best of farmers’ markets up here, there were plenty of fresh veggies to take the place of grains and the few remaining junk foods in my personal diet.

Doing a modified version of Paleo for about 4 – 5 years (starting late 2010) helped me improve my triglycerides, my LDL/HDL ratio, and my weight.  I’ve only regained weight in the last year – I’m not moving quite as much, and I’m eating socially at the two local community centers more.  Everything (just as back at work prior to when I started bringing my own food in) is thickened with flours!!!  I will need to fix this, even if I don’t resort to Whole30.  Perhaps back to modified Paleo (in which rice and legumes and select cheeses FOR ME) do seem to work.  PS, No, I am not going keto.  We can talk about that at some point, too.  There appears to be some overlap, but not entirely.

But overall – the plan actually works for me.  I just need a good month to repeat it in!

I’d love a conversation, both pro and con and mixed, in the comment section below.  If you have done a Whole30, what did or did not work for you?  If you eat low carb, how is that for you?  If you don’t, and you feel healthier, what do you do?  Let’s not go into any shaming/blaming mode, but I’d love to have a convo here. 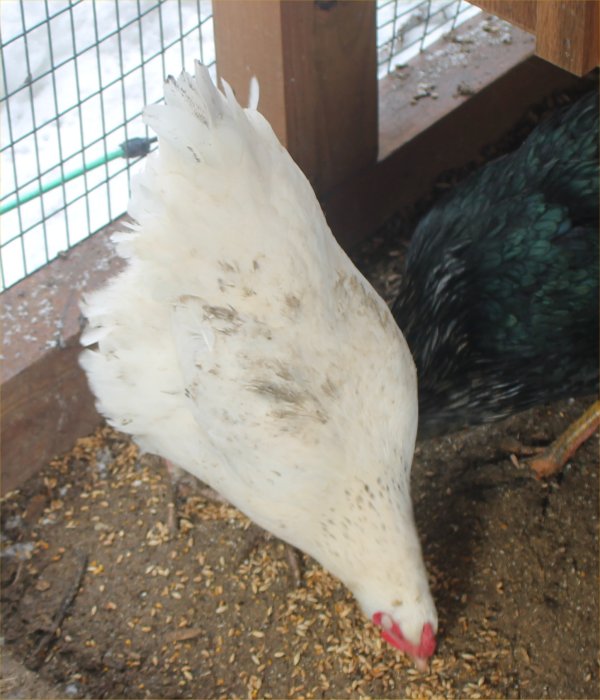 The foodie me: Low/no gluten, low sugars, lots of ethnic variety of foods. Seafood, offal, veggies. Farmers' markets. Cooking from scratch, and largely local. The "future" me: I've now moved to my new home in rural western Massachusetts. I am raising chickens (for meat and for eggs) and planning for guinea fowl, Shetland sheep, and probably goats and/or alpaca. Possibly feeder pigs. Raising veggies and going solar.
View all posts by goatsandgreens →
This entry was posted in Commentary, Cooking and tagged Nutrition, Paleo, Whole30. Bookmark the permalink.

2 Responses to Thoughts on the Whole30 Food Plan